Recently a relatively new company ColorZen® was given the Innovation Award at the Copenhagen Fashion Summit. This was for their leading edge technology which allows cotton fibre to absorb dye much quicker with less toxic waste produced. With water pollution and resource consumption being the biggest issue surrounding cotton production, this could be a major leap forward in changing the old existing unsustainable and toxic colouration methods for this globally loved fibre.

The Manhattan based company is headed by CEO Michael Harari who came from a real estate background to join his father’s textile manufacturing interests. According to an interview with Crain’s New York Business Harari suggests that “cotton can be coloured using 75% less energy, 90% less water and much less dye.”

The old problems associated with cotton dyeing lie in the fact that the plant itself, as with all other ‘cellulosic’ fibres such as linen, hemp, bamboo etc, cannot absorb the dye pigment readily. They transmit a powerful negative electrical charge which resists colour pigment just like the opposing ends of magnets. Therefore large amounts of salt are required to assist the dye to stick to the fibre. This process takes extra resources, time, energy and results in half the dyestuff going to waste.

The Crain’s report states that The World Bank estimates that textile-dyeing introduces as many as 72 toxins to the global water supply, and as we  are discovering, most of the fashion industry’s dye-houses are overseas where environmental regulations are not regulated. So the news that ColourZen can reduce the amount of dye and toxic chemical waste as well as the time and energy used to colour cotton is a breakthrough.

But what is their secret and how are they doing this? They are using a once maligned  product made by Dow Dupont called CHPTAC. Rejected originally because of it’s overpowering fishy stench, Dow Dupont have created a new non-smelly version. CHPTAC works by changing the molecular structure of the cotton fibre to allow it to absorb the dye – effectively breaking the repelling force that the plant emits. But like all chemicals CHPTAC comes with it’s own set of toxic and dangerous hazards.

CHPTAC, or N-(3-chloor-2-hydroxypropyl)-N,N,N-trimethylammoniumchloride, is reported to give off poisonous vapour when heated, and it’s a potential carcinogen, according to the Centers for Disease Control and Prevention. But Harari assures all workers at ColorZen’s North Carolina factory are fully protected against possible hazards, and the firm’s contract manufacturer, Jabil, best-known for making iPhones, has a strong safety record. It seems that there’s a fine balancing act to try to negate one toxic process with another in the textiles manufacturing worlds and while the consumer still demands coloured cotton clothing, the battle to save the environment from chemical destruction continues….

Designing a Sensibility for Sustainable ClothingFollow

Retweet on TwitterDesigning a Sensibility for Sustainable Clothing Retweeted

Fabulous quilted sleeping bag book snood up for grabs (with book). Highly recommend Rummage. But if I win it, I’d like Hubbub. https://t.co/Py8Wv2OerN

Want to know more about traceability? I hosted this excellent and unabashed conversation as part of 'The Future Is...' series https://t.co/doJstTk1vI
@sustfash @Fash_Rev @myEcoResolution @Napapijri 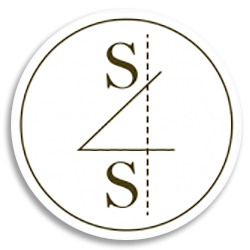